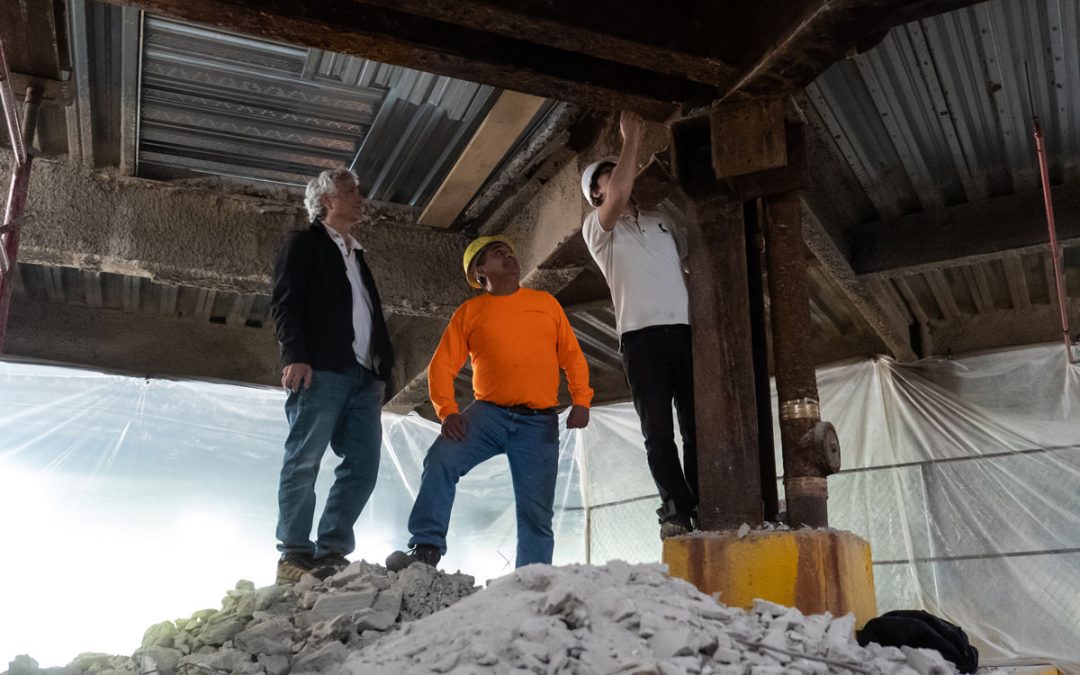 The recent, tragic condominium collapse in Florida has led many to question the structural integrity of their own communities.

Water damage is a particularly concerning condition because it is very common and can compromise the integrity of a building. While engineers are trained to identify such conditions, it is also important for residents and property managers to know how to recognize when there is a problem, and to know when to ask for help.

Below is a list of common signs that water damage is causing, or will eventually cause, structurally deficient conditions within your community. 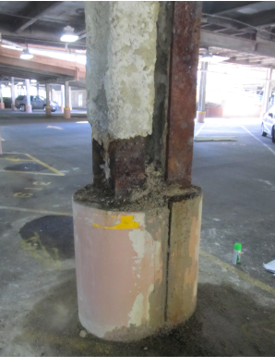 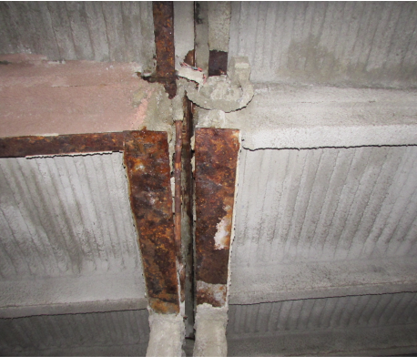 When steel is exposed to moisture, this moisture attacks the material, causing it to rust. The photos above show rusting steel conditions in a lower-level parking garage situated underneath a building.  These columns and beams support the building, so their rusting presents a major risk to the building’s structural integrity. 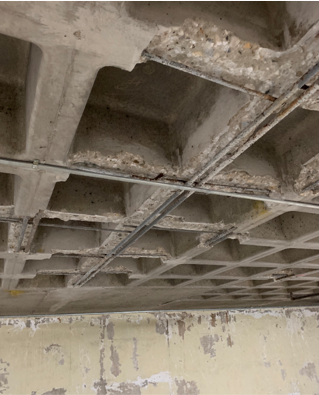 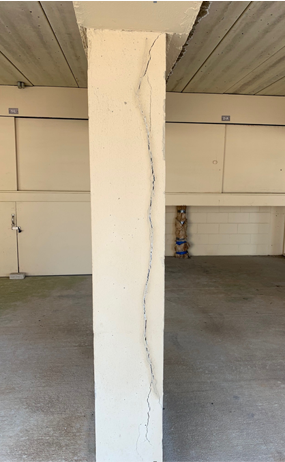 Rusting steel conditions can carry over into concrete, as concrete building components often contain steel reinforcement. When moisture gets into the steel reinforcement, it rusts, expands, and begins to break through the concrete. This is known as “spalling” and it reduces the strength of the concrete.  The image on the left shows a concrete ceiling where you can see the extensive spalling. The image on the right shows a concrete column with a vertical crack, which is the first sign of what can later become a huge issue. 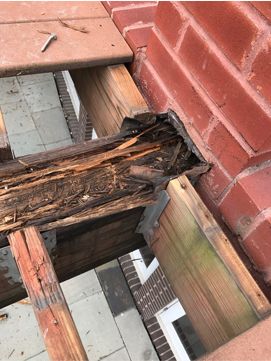 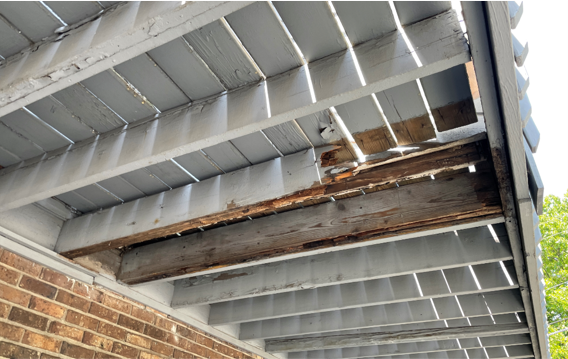 Water damage is also commonly observed with wooden decks because they are outdoors and exposed to the elements. The image to the left shows a structural wooden beam that is rotting away from moisture infiltration. The image on the right shows cantilever deck joists in the same condition. Both present an immense safety risk, and the residents of this community have been advised to stay off their decks until this is resolved.

What Should You Do?

Scheduling annual or cyclical engineering inspections of your community can be a great precautionary measure to take to identify water damage early and intercept the issue. If you see water seeping into any of your building’s structures, you should have an invasive test done to identify any damage. This could mean opening a wall or ceiling, which can help reveal unsafe conditions that would otherwise go unnoticed.

If you don’t see water, that doesn’t mean it isn’t there. The first sign of a potential problem is a crack in concrete. After that, you will start to see a white, salt-like material on the surface known as “efflorescence,” which is caused by water interacting with concrete. Next you will start to see rust stains, as the reinforcing steel will have started rusting. An example of cracking and rust stains can be seen in the photo below. 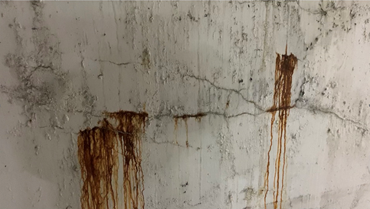 If any of these conditions present themselves to you – call an expert! Even though you’ve learned how to identify these issues, it is important to get a professional engineer’s opinion and recommendations for remediation.

The most important thing to remember is to act now!

If you suspect water damage or other structural issues within your community, you can start the evaluation process by clicking to fill out our Request for Proposal form, or by contacting our office directly at: