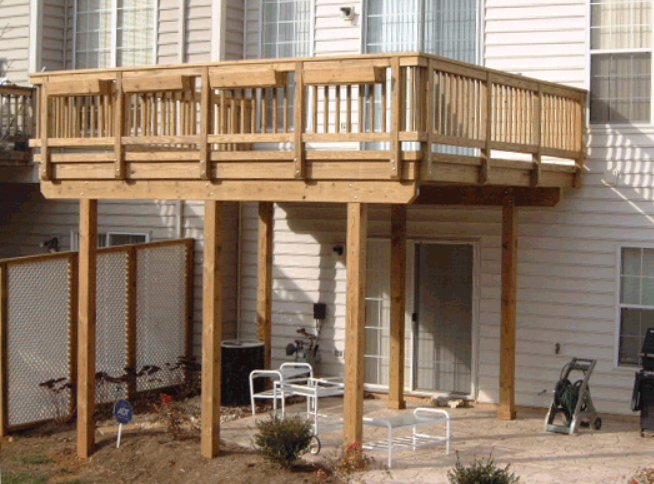 May is Deck Safety Month and if your community has wood decks, it’s important to understand the common issues that impact deck safety.

Wood decks are best described as flat surfaces that extend out from a home and are generally connected to that building while being elevated above the ground. Each year, over 2 million decks are built or replaced and of the estimated 45 million existing decks, only 40% are completely safe.

Issues with wood decks include inadequate design, deterioration, lack of maintenance, and improper construction. It also bears mentioning that about 90% of deck collapses happen because of a separation of the deck from the building to which it was attached.

Wood decks deteriorate over time when subjected to the elements. The wood ages, cracks, splits and loses strength. Often, even when wood decking is replaced with materials other than wood, the structure remains wood and will continue to deteriorate. 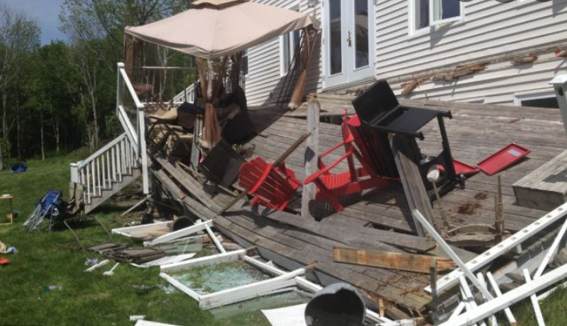 The deck’s connections to the building and its handrails can also grow weaker and, although code requires that they support a force of 200 pounds horizontally we find in many cases the deck handrails aren’t connected property and can’t withstand that amount of weight. In addition, decks tend to pull away from the building many older decks are not designed to prevent this from happening.

This reduction in the condition of the wood and the potential impact on the deck’s overall structural integrity means that your community’s wood decks should be inspected regularly.

Wood decks are typically part of your reserve study because they will need to be replaced. So, take a look at your community’s reserve study and determine if deck life is included, but remember that while replacement is included based on the conditions, the structural integrity is not reviewed as part of a Reserve Study. The best way to have your decks visually checked in an ongoing manner for maintenance needs and potential deterioration is as part of a Reserve Study update.

If you have any concerns about the  decks in your community, contact us!

Kipcon is a full-service engineering firm dedicated to maintaining your community’s property values. We are a team of professional engineers. Licensed inspectors, drone pilots and reserve specialists committed to enhancing the physical and financial stability of your property through innovative service and years of experience.

Kipcon provides a wide variety of services, from consultation on repairs and replacements to inspections and Reserve and Transition Studies.